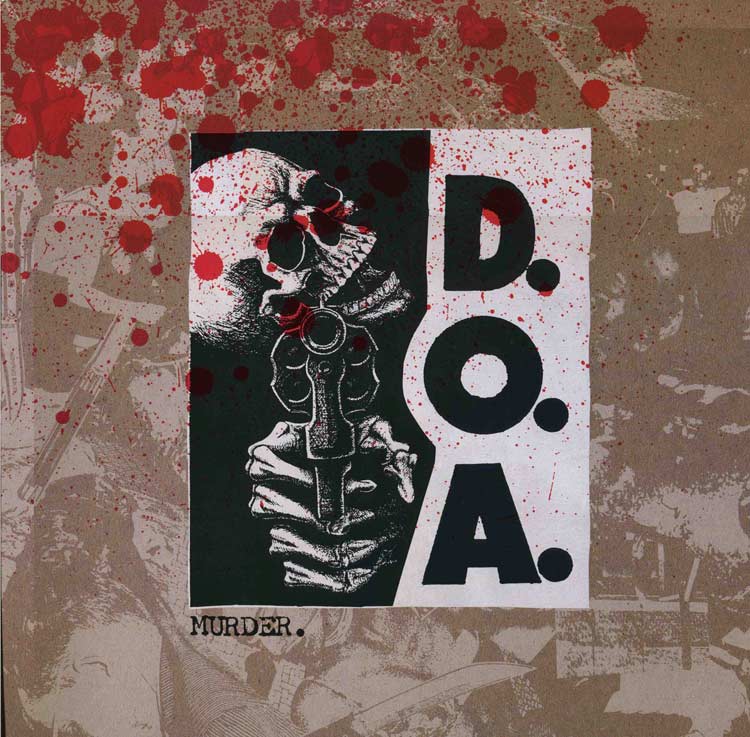 Tickets available at Bop City Records, The Waverley, by phone 250 336 8322 and online at CumberlandVillageWorks,Com

Punk legends D.O.A. return, joined by Car 87 and Awkward AC to put some mosh back in the Waverley pit.

Canada’s legendary Punk Kings,who helped spread punk rock counterculture around the world, approach a momentous milestone. For nearly 30 years D.O.A. has been happily slashing away at all manner of philosophical enemies. They’ve travelled the globe almost continuously since they formed in 1978; they released their first snarling piece of vinyl, the “Disco Sucks” EP in June of that year. That slab of plastic opened the door to international prominence, riots, rip-off record companies and three generations of fans.

In 1981, D.O.A. made the term “hardcore” their own and pushed it into the common vernacular with their legendary album “Hardcore 81” and subsequent tours. Consequently, D.O.A. has been cited as a major influence for tons of bands ranging from The Red Hot Chili Peppers to Green Day to Rancid to The Offspring. They followed that up with their ground breaking EP “War on 45” and “Bloodied But Unbowed.”

D.O.A. has always worn their politics on their sleeves.They’ve done a lot shit disturbing along the way.They’ve been harassed and busted and survived all that crap. D.O.A.’s blatant slogan,TALK-ACTION=0 sums it all up.

The stuff the band’s worked on through the years; they’ve played benefits for Rape Relief, anti-racism, rock-for brains, anti-globalization, OXFAM, first nations rights, anti censorship and environmental causes amongst many others.

To celebrate the 25th anniversary, Sudden Death has released the definitive D.O.A. album, “War and Peace,” a 25-track compilation of D.O.A.’s greatest recorded moments. War and Peace starts at the roots of “Disco Sucks”, “The Enemy” and “Liar For Hire” right through to their modern blitzkrieg sound of “Dead Men Tell No Tales” and “Just Say No To The WTO.”.

D.O.A. has travelled a long, tough road that has taken them around the world and the raw energy continues. The band has never been more active, having recently released their second DVD, D.O.A.’s “Greatest Shits” and a split album with metal legend Thor entitled “Are U Ready”. Recently Mayor Larry Campbell of Vancouver declared December 21st to be “D.O.A. Day” in Vancouver.The band has also been featured in punk and political books published around the world.

Come join in the power and non-compromise that is D.O.A.