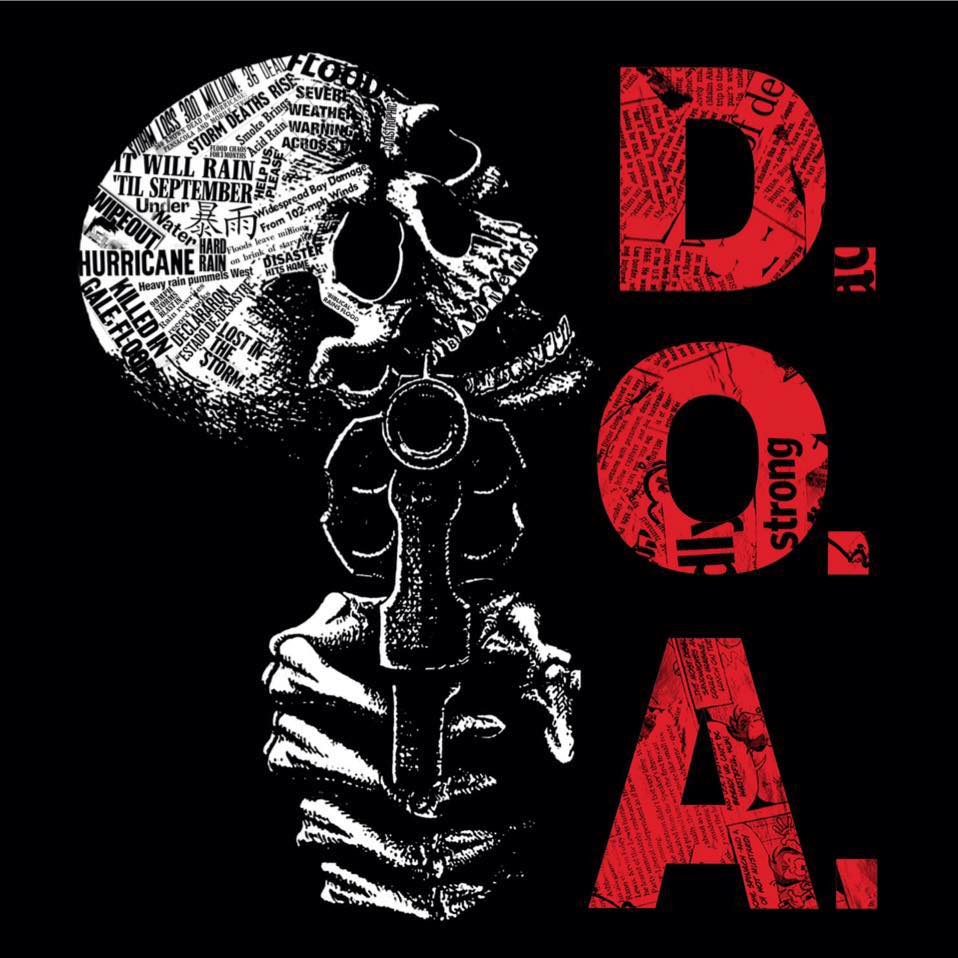 Canada’s legendary Punk Kings,who helped spread punk rock counterculture around the world, approach a momentous milestone. For nearly 25 years D.O.A. has been happily slashing away at all manner of philosophical enemies. They’ve traveled the globe almost continuously since they formed in 1978; they released their first snarling piece of vinyl, the “Disco Sucks” EP in June of that year. That slab of plastic opened the door to international prominence, riots, rip-off record companies and three generations of fans.

In 1981, D.O.A. made the term “hardcore” their own and pushed it into the common vernacular with their legendary album “Hardcore 81” and subsequent tours. Consequently, D.O.A. has been cited as a major influence for tons of bands ranging from The Red Hot Chili Peppers to Green Day to Rancid to The Offspring. They followed that up with their ground breaking EP “War on 45” and “Bloodied But Unbowed.”

D.O.A. has always worn their politics on their sleeves.They’ve done a lot shit disturbing along the way.They’ve been harassed and busted and survived all that crap. D.O.A.’s blatant slogan,TALK-ACTION=0 sums it all up.

The stuff the band’s worked on through the years; they’ve played benefits for Rape Relief, anti-racism, rock-for brains, anti-globalization, OXFAM, first nations rights, anti censorship and environmental causes amongst many others.

D.O.A.’s sound and philosophy has been held together by Canada’s Godfather of punk Joey “Shithead” Keithley’s songwriting, singing and guitar playing. D.O.A.’s sound, although always rooted in punk rock, has managed to create a fair bit of consternation for those who would like to choose musical boxes. It’s punk,but it incorporates rock n’ roll, reggae, metal,and ska. Whatever the hell their sound is, it’s pulled out a “Yeah,that’s the shit!” from the likes of Henry Rollins,The Red Hot Chili Peppers, Sonic Youth, Jello Biafra, Bif Naked, John Doe, Randy Bachman, Dave Grohl, Pete Seeger, Yada,Yada,Yada, you get the picture.

To celebrate the 25th anniversary, Sudden Death has released the definitive D.O.A. album, “War and Peace,” a 25-track compilation of D.O.A.’s greatest recorded moments. War and Peace starts at the roots of “Disco Sucks”, “The Enemy” and “Liar For Hire” right through to their modern blitzkrieg sound of “Dead Men Tell No Tales” and “Just Say No To The WTO.”

D.O.A. will blast through live shows with their new rock solid lineup of Joey, Paddy Duddy on drums and bassist Mike Hodsall. Watch for extensive touring in Canada and around the world in 2015 and beyond.

In 2003, Shithead’s first book “I Shithead,a life in punk” came out on Arsenal Pulp Press. It is a definitive and raunchy look at punk and the spread of counter culture throughout western society. Sudden Death has also released “Let’s Start The Action,” an electronic tribute to D.O.A. performed by 20 different artists from around the world and inspired by the anti-globalization movement. As well, Sudden Death has recently re-released D.O.A.’s 1st two albums”Something Better Change” and “Hardcore 81”, recently picked as two of the top 5 Canadian punk rock albums of all time. A full length documentary on D.O.A. “Talk-Action=0” is being developed by filmmaker Marcus Rogers [The Widower].

D.O.A. has traveled a long, tough road that has taken them around the world and the raw energy continues. The band has never been more active, having recently released their second DVD, D.O.A.’s “Greatest Shits” and a split album with metal legend Thor entitled “Are U Ready”. Recently Mayor Larry Campbell of Vancouver declared December 21st to be “D.O.A. Day” in Vancouver.The band has also been featured in punk and political books published around the world.

Come join in the power and non-compromise that is D.O.A.

Awkward A/C is a raw, blistering punk rock juggernaut, hailing from Vancouver Island, Canada. Their live show is described as a visceral, energetic onslaught, not to be missed. They have played with punk rock legends such as D.O.A, Dayglo Abortions, SNFU, Forgotten Rebels, Bog Log III, Nashville Pussy ect. The band shows no sign of slowing down, after the completion of their first international tour, and release of their self-titled album. Be sure to catch Awkward A/C, when they ride through a dive bar near you.