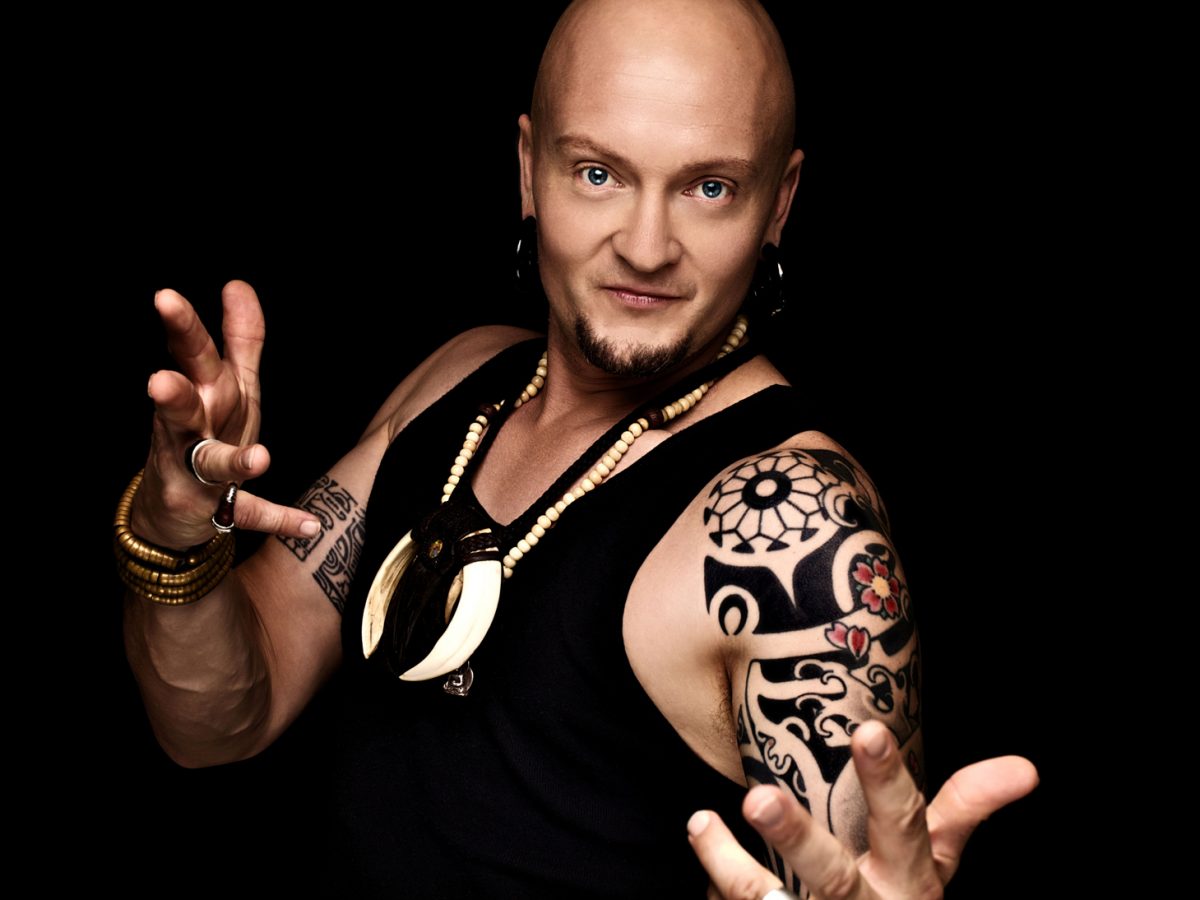 Ganga Giri is a world renowned didgeridoo virtuoso and innovator of a fusion of the ancient instrument with electronic beats, that has taken the dancefloors of the world by storm since the dawn of the 21st century.

Ganga Giri has been remixed by renowned world electronic producers Gaudi, Adham Shaihk, Liquid Stranger, J-pod & Temple Step and his productions have been synced to television shows such as Canada You Think You Can Dance and a new 90min live visual projection show created with Australia/Serbian artist VJ Meltstation.

Ganga Giri has honed his artistic creation in many formats; solo and duo sound systems, through to a multi-member ensemble that includes some of the finest singers, drummers and dancers.

Ganga Ganga is spreading his word of one world, one time, one people.