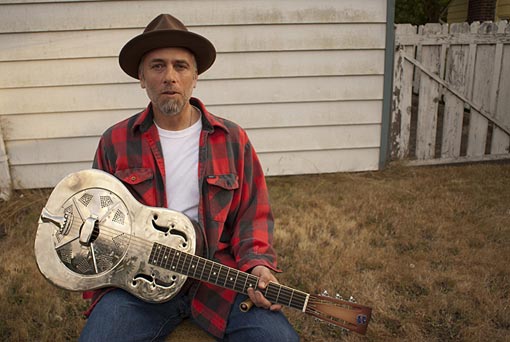 It’s as thin as the edge of a razor, the road separating Heaven from Hell, sin from salvation, redemption from de- spair. It’s a lonely road to go down and like the old gospel says, you’ve got to walk it for yourself.

Kelly Joe Phelps has been doing lot of soul searching since his last record, Western Bell came out in 2009. His latest, Brother Sinner and the Whale, a re- cord that may very well come to be recognized as the best of an already very impressive body of work.

The music is presented in an ancient form, but it’ll sound contemporary because of the way I play and write. But, thematically, I’m basing my compositional approach on old styles like the old blues and folk guys played.”

After several years of exhaustively exploring the potential of his slide, Phelps’ attention gradually shifted from instrumental virtuosity towards an emphasis on songwriting. “I wanted to keep moving forward, so I began to spend more effort thinking about my songs and not so much about the guitar because ultimately, I got bored with it because I felt that I had found all I could for myself within that sound. So, the work felt finished to me.”