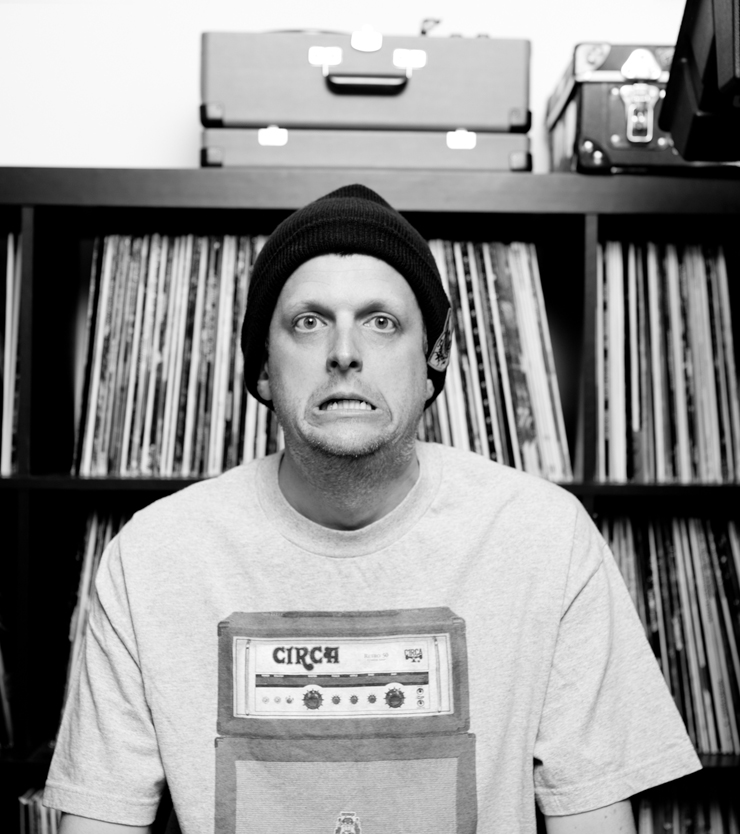 Mat always pumps the Waverley hard. Warmin’ it up for us is our man SKIAN. Can’t wait to bring it on the new dance floor!

Since the age of 14 Mat has been mixing, scratching and making mixes – beats, spanning many genres and styles but always having one thing in common – heavy beats and bass lines which appeals to a wide variety of crowds.

It all started after hearing the electronic sounds being played in the warehouse party’s around the northwest of England in 88. Taking it back Mats dad opened a record store in 1978 called Vibes Records (#1 independent record store in the UK) and eventually a second store Muze in Bury just outside Manchester where his parents grew up. Being around music from an early age lead to Mat taking up the drums at age 10 and it wasn’t until 1988 that he stumbled upon the underground Acid House scene taking over the UK warehouses. From then on he searched out where this music was from and how it was put together on the turntables. Muze records became a store where the local djs came to get the new underground sounds and mat began playing his first shows before he was even old enough to get into the venues. He played sets on many pirate radio shows and began doing some shows and charts on the Intallex radio show run by XTC and Marcus Intallex. Then came scratching through seeing XTC and after hearing a tape from Dj Hype on Fantasy FM. Many nights were spent ruining records and cutting back and forth trying to figure out how Hype got those crazy transformer sounds. These were the days before internet tutorials and dvds so it was a lot more trial and error.

In 1995 mat and his family moved to whistler Canada to pursue his new addiction of snowboarding and he met djs like Vinyl Ritchie and Kilo Cee who were playing diverse sets dropping Hip Hop into Funk into electronic music. Whistler had mixed crowds too from all over the world and mat enjoyed doing sets where you could flip from genre to genre and add lots of cuts in there too.

Described by Knowledge Magazine as ‘awe-inspiring’ & ‘some next level shit.’ Mat has toured across the globe and performed in 15 countries from Miami to Moscow at Sports events such as the US Supercross, Olympic Games (Torino & Whistler), X Games & many of Canada largest festivals of up to 15,000 people, also pioneering club nights in Whistler & Vancouver and held down a bi-weekly club night in Las Vegas at Eye Candy (Mandalay Bay).

Mat’s Original music and Remixes are coming fast and furious; they have been featured on many T.V. shows, DVDs and webisodes. His Remixes for Nick Thayer, South Rakkas(Featured on Diplos Mad Decent Blog) , and also original music have received positive feedback and plays from some of the industry’s biggest names . His skratches can be heard on tracks by Fort Knox Five, Eprom – Ill Gates , Mochipet , Sweatshop Union & EA Sports NBA Home Court 3. Now also touring with his video / DJ set and he is taking the solo DJ act to new heights, hitting all of the senses with custom remix and video edits witnessed at the World Ski & Snowboard Festival & Shambhala to name a couple . His Jaime L’Dubstep mix cd has so far 70 000 downloads and still going and he plans on doing more in the near future.

His label is up and running (Really Good Recordings) and features his own music alongside some of Canada’s finest electronic producers .

With SKIAN on the beats this night as well,  the Waverley will be the perfect place for a long weekend dance off.