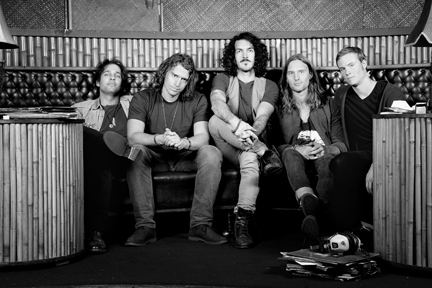 Join Mindil Beach Markets for the release of their latest album. The songs will leave you awash in sentiments ranging from love of the planet, to love of a party.

The band toured the album independently from Vancouver to San Diego, playing 19 shows and handing out 10,000 free copies along the way. The accompanying live show drew the attention of festival organizers across the province. To date, Mindil Beach has rocked crowds at festivals like Rifflandia, Live at Squamish, The Big Time Out, Victoria Ska Fest and Tall Tree Festival to name a few.

On their latest record, ‘It Might Take Long,’ scheduled for release March 5th, 2013, MBM have both refined and beefed up their sound. Keyboardist and rapper, Rod Campbell, described the album as, “less reggae, more rock. We’re really starting to nail down our sound and figure out who we are as a band. However, fans of our diversity will not be disappointed.” The album was produced and engineered by Sean McLean Carrie (Half Moon Run, Blank Cinema), mixed by Alex ‘Condor’ Aligizakis (Hail the Villain, Bend Sinister, Rude City Riot), and mastered by Brock McFarlane (Winston Hauschild, We are the City). MBM have booked a cross-Canada tour to coincide with the album’s release in March. The record’s first single, ‘Smoking Gun,’ hit airwaves January 16th, 2013.

MBM’s diverse sound and universal appeal has enabled the band to play a wide variety of concerts and festivals, establishing a fan base stretching across all age groups and demographics. To date, MBM has been billed with such acts as Nazareth, Bedouin Soundclash, Del The Funky Homosapien (Hieroglyphics/Gorillaz), Katchafire and Hollerado.

Deep Sea Gypsies.. Based on Vancouver Island, British Columbia, the Deep Sea Gypsies are greatly influenced by the blues and rock originators of the early to mid 1900′s. A time when music was all about exciting innovation and experimentation. Feeding off this inspiration they then blend in their own unique twist with elements of hip hop, folk and funk. Their songs are reflective of the laid back vibe and lifestyle of western Canada and find a comfortable home anywhere; whether relaxing at a beach fire or dancing at the bar.. Check out their Facebook page to listen.