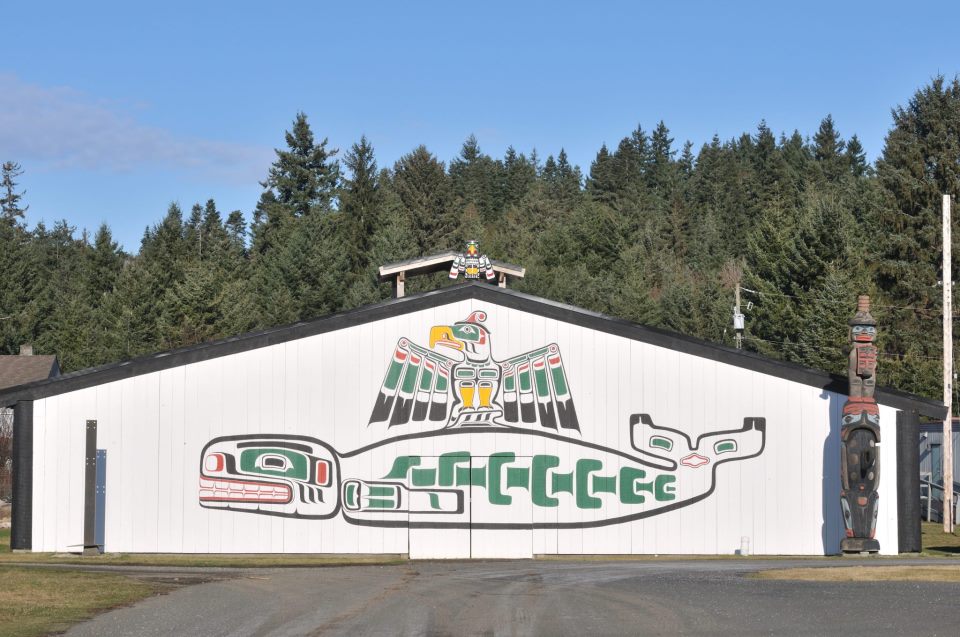 This event is an exciting collaboration between the K’omoks First Nation, Comox Valley Arts Council, the First Peoples Cultural Council, Cumberland Village Works, Get on Board and Landyachtz. Our goal is to keep this event open to the public with no admission charge required. Donations to cover costs and keep it inclusive are imperative!

Check out the crafts for kids. Try out the half pipe with “Get on Board Snow, Surf and Skate Youth Outreach” skateboarders. Browse the Art Gallery and the tents of Aboriginal Artisans. Enjoy some excellent traditional foods such as buffalo burgers, candied salmon, fresh bannock with homemade berry jam, and fresh squeezed icy lemonade or even a traditional Cotton Candy! To cap off the fantastic day will be an exciting & unique performance by Canadian recording artists “A Tribe Called Red”!

A Tribe Called Red: Bursting forth from Canada’s capital, native Producer/DJ crew A Tribe Called Red is producing a truly unique sound that’s impacting the global electronic scene and urban club culture. Since 2010 the group – currently made up DJ NDN, Bear Witness and 2oolman – has been mixing traditional pow wow vocals and drumming with cutting-edge electronic music. Their self-titled album, released in March 2012, was long-listed for Canada’s prestigious Polaris Music Prize and included in the Washington Post’s top 10 albums of the year.

In a sense, ATCR’s music is the soundtrack to a contemporary evolution of the pow wow: their Electric Pow Wow events in Ottawa showcase native talent and aboriginal culture, alongside an open, wild party. Within a couple of years they’ve become the face of an urban Native youth renaissance, championing their heritage and speaking out on aboriginal issues, while being on top of popular music, fashion and art. Bear Witness doubles as the crew’s visual artist and creates stunning, political and sometimes humorous videos that incorporate film and pop culture references to native people and reclaim the aboriginal image. On May 7th, A Tribe Called Red released their second full-length album, Nation II Nation in Canada and in the USA on Tribal Spirit Music. The album was nominated on the shortlist of the Polaris Music Prize as one of the 10 best Canadian album of the year and 4 APCMAs (Aboriginal Peoples Choice Music Award) for best group, best producer, best album and best cover art. ATCR have also collaborated and produced one of the last known Das Racist song called Indians From All Directions as well as the song A Tribe Called Red on Angel Haze’s album Dirty Gold.

Get on Board is a registered non-profit organization which uses board sports-surf/skate/snow to develop social skills, self confidence and goal setting in youth. The very nature of board sports: physicality, creativity, courage, and self discipline help youth develop life skills.

Landyachtz is an East Vancouver based skateboard company will provide sponsorship, bring boards (and helmets), and stickers and swag to give away.