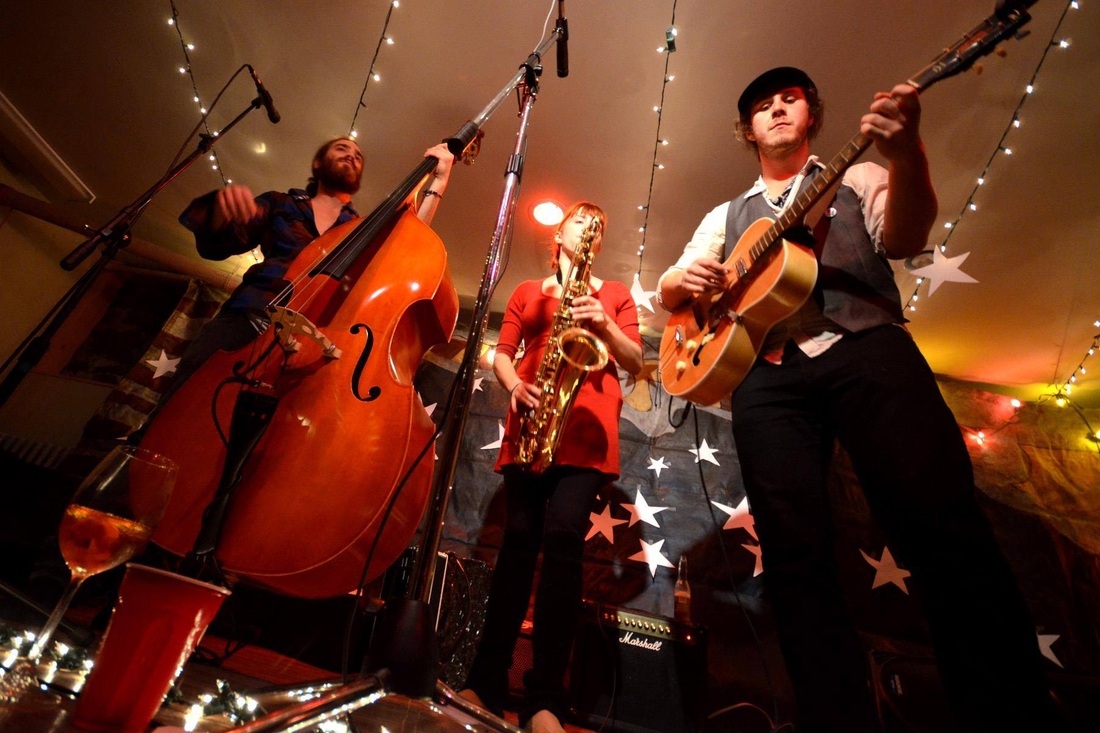 A mash-up of the ecstatic swing of New Orleans, and the rural folk of the Canadian woods!

RED HAVEN is a name lifted from a broken down fruit stand on the side of the Crowsnest Highway in the Similkameen Valley. Since forming in January 2014, they’ve made their merry way around Western Canada in a trusty Astro several times, playing every pub, café, music hall, living room and street corner they could find. The songs RED HAVEN writes and performs have been heavily influenced by two genres coming from opposite sides of the continent: the ecstatic swing of New Orleans, and the rural folk of the Canadian woods. With a little help from FACTOR, they’ve recorded their debut EP “The Road Above You” with producer Tom Dobrzanski, featuring 6 of the first songs written as a band. But the songs are piling up, and they will begin tracking their first full-length sometime in the New Year. Last summer was a whirlwind as they embarked on a slew of festivals through BC; from Arts Wells, Hootstock, Quadrapalooza, to Tiny Lights, and the Edge of the World on Haida Gwaii. Winter’s over now and they’ll keep travelling till their wheels fall off, and there are no more shows to play. Over and out.

Dirty Grace is a trio of songwriters who formed in 2007 on traditional Lekwungen territory (Victoria, BC). The band produces a playful mix of music ranging from the provocatively cheeky to the intimately introspective, while exploring music’s ability to expose, shake-down, tickle and heal the human spirit. Deep, moving three-part harmonies swelling under contagious melodies characterize the Dirty Grace sound. With musical flavors ranging from dixieland, swing, tribal indie-pop to alternative hip hop, Dirty Grace offers up a soulful circusy soundtrack for the times we’re living in.

Dirty Grace is opening the gates between this world and the worlds we’ve been waiting and yearning for. Those worlds we’ve glimpsed in dreams, movies and wild nights when something shifted; where we finally let loose, surrendering into our deepest desires, stoking our heart’s fire with every inhale. is project is about calling in the sacred silly’s truest heart song.