SUMMER SOLSTICE Party in the Park with DJ SHUB & Guests 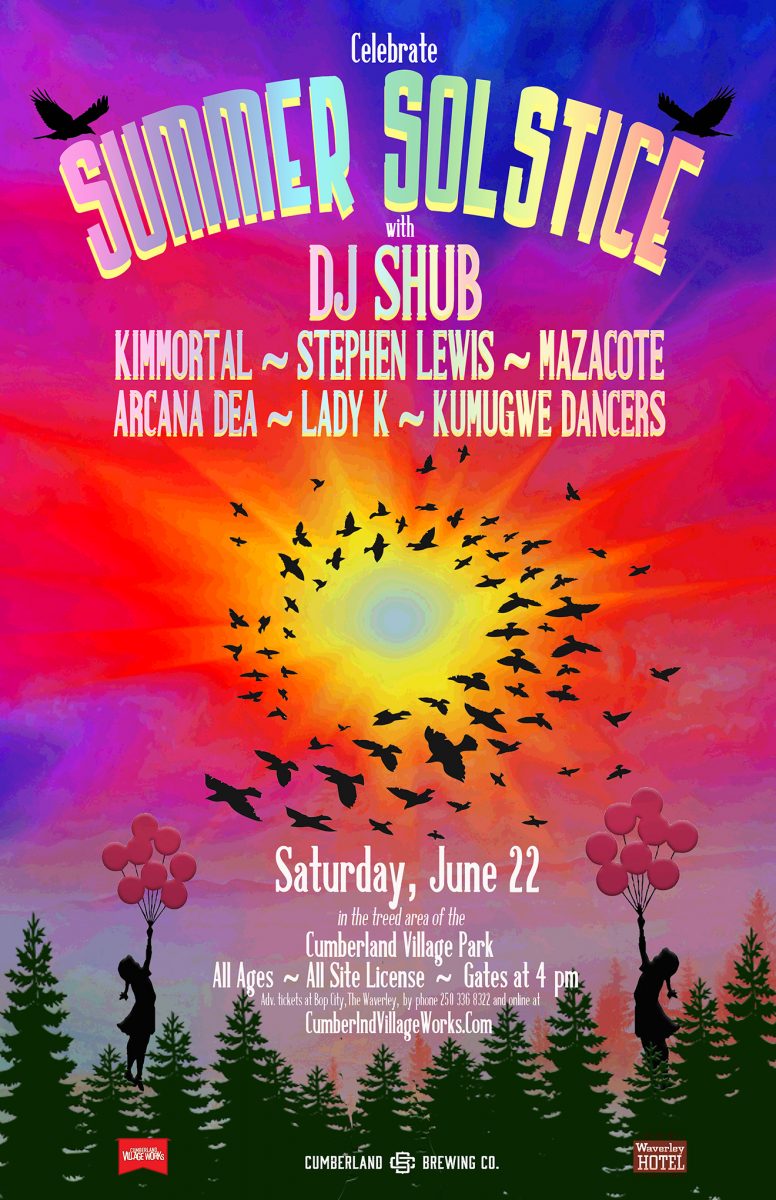 We’re back with another Party in the Park to kick off summer!

We respectfully acknowledge that we live, work and play within the traditional territory of the K’ómoks Nation. 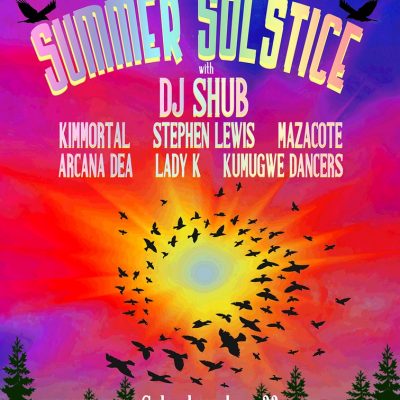 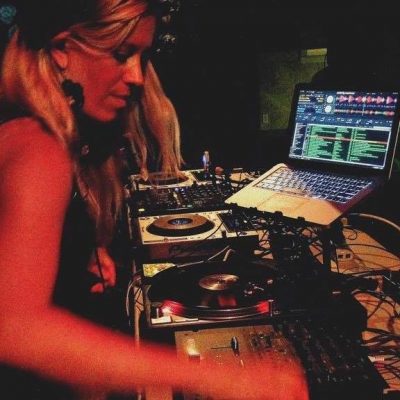 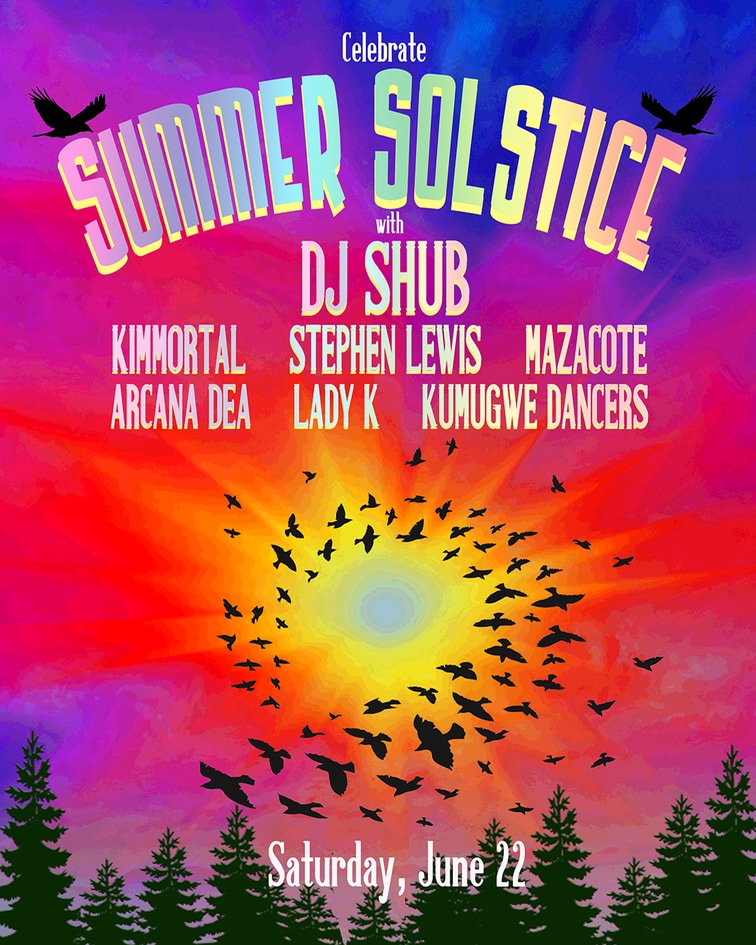 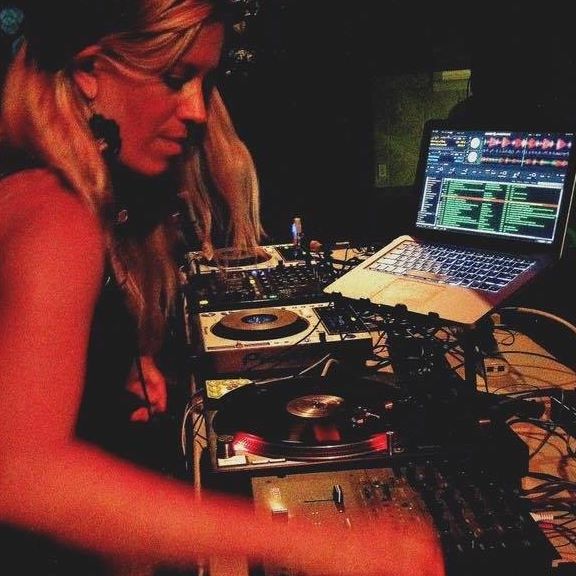 SUMMER SOLSTICE Party in the Park with DJ SHUB & Guests

At the treed area of Cumberland Village Park, Saturday, June 22, 2019.
ALL AGES
LICENSED
Gates at 4PM

Tickets $42per person (w/kids 12 and under free with paying adult).
This event will have an all-site liquor licence, so capacity will be limited

Advance online tickets on sale Wednesday, March 13 at 8:00AM

With sponsorship from Cumberland Brewing Company and The Waverley Hotel

Considered to be the Godfather of PowWowStep, DJ-producer Shub continues to pioneer a growing genre of electronic music. Born Dan General, Shub began his career with nationally-acclaimed electronic music trio A Tribe Called Red, performing across North American stages with some of the biggest recording artists in today’s industry and winning a Juno Award in 2014.

Currently based out of his hometown, Fort Erie, Ontario, a small community with a population of 30,000, Shub’s journey has come full circle by bringing him back to where it all started.

“I’m very proud of the road I took to get where I am now,” said Shub, a nominee in the Indigenous Music category at the 2018 Juno Awards for his EP PowWowStep. In 2017, his music video for ‘Indomitable’ (featuring Northern Cree Singers) was also nominated for a Much Music Video Award.

Shub is Mohawk of the Six Nations reserve located in Ontario, Canada, as well as a husband and father. Since the creation of PowWowStep, he has grown more aware of the Indigenous way of life through his music, merging his heritage with his craft. “This style of music – there is so much culture in it, and that’s what makes it so original,” said Shub.

Starting off as a battle DJ in high school, Shub’s sound has developed into one that puts him in a league all on his own, creating a sound and experience many consider to be one of the most unique in today’s Canadian music scene.

Before solidifying his seat at the top of the PowWowStep world, Shub also turned heads in DJ competitions like the prestigious DMC World DJ Championships, by winning back-to-back Canadian titles and representing Canada at the world finals in 2007 and 2008.

In 2012, Shub came out of battle retirement and competed in the Red Bull Thre3style DJ Competition where he won the Canadian title, and once again represented his home country by placing fifth at the world finals.

Kimmortal is a queer non-binary pilipinx artist based on unceded, unsurrendered Coast Salish Territories also known as Vancouver, BC (Canada). She went to school for Visual Arts and Art History and would hit up open mics and share poetry and raps on her guitar. Her work has evolved since to incorporate song, poetry, rap, dance, and visuals.
Some of the highlights of her work thus far have included: being featured on CBC Exhibitionists, having her music-video animation screened at the Queer Women of Colour festival (San fran), and performing at Kultura FIlipino Arts Festival (Toronto), SXSW 2018, Rifflandia 2018, Junofest 2018, acting in a hip hop theatre at the National Arts Centre. She also enjoys leading workshops that exhibit the arts as a tool for healing and decolonization and collective action. Kimmortal has shared the stage with some of her favourite artists including Ruby Ibarra, Saba, Shad K, and Saul Williams.
facebook.com/kimmortaltheartist

Stephen Lewis & The Big Band of Fun is a high energy loop based funk/hip hop band from New Brunswick, Canada. They are an international touring band who are very familiar with the music festival circuit. They have performed at festivals like Mountain Jam (NY),The Boomtown Fair (UK), Burning Man (NV) , Disc Jam Music Festival (NY), Great North Music Festival (ME), FARM Fest (NJ), Harvest Jazz and Blues Festival (CAN), Evolve Festival (CAN), and dozens of other festivals in Canada, The US, and The UK.

They have opened for and performed with artists like The Floozies, TAUK, Chali2na, Zach Deputy, That1Guy, Dubfx, The Funk Hunters, and many others.

If you love a high energy, highly danceable, extremely engaging, and an unforgettable show then look no further. Get ready to sing, sweat, and dance with Stephen Lewis & The Big Band of Fun!

MAZACOTE
Mazacote is a hard-hitting 6-piece world/latin band from with deep roots in Nicaragua, Mozambique and Colombia. Inspired by Afro-Caribbean percussion and tropical party sounds, they play brass heavy latin dance beats with a socially conscious message.
Performing together since 2009, Mazacote features the captivating voice of Nicaraguan singer/songwriter David Lopez and a groove-heavy rhythm section with Carlos Arias on Bass, Chris Couto on Timbales, Robin Layne on Congas, Japanese pianist Niho Takase and jazz trumpeter Malcolm Aiken.
Their album NUEVA ERA on TrebleFive Records, featuring the singles “Carita Bella” and “La Hora,” was nominated as World Album of the Year at the 2016 WCM Awards.
Mazacote performs across the globe at music festivals and dance clubs, bringing their world dance party vibes to audiences of all ages! Recent highlights include headlining the Vancouver International Salsa Festival with New York latin jazz trombone legend Jimmy Bosch, as well as main stage appearances at the Harmony Arts Festival, the Carnaval del Sol, the Vancouver International Jazz Festival, the Winterruption Arts and Culture Festival and the Global Music Festival.
mazacoteband.com

ARCANA DEA –  Latin for ‘Mysteries of the Goddess’

Contemporary fusion dance, with ancient roots, that celebrates the beauty and strength of women, community, nature and the seasons.
Arcana Dea is a dance company based in the Comox Valley B.C. founded by artistic director Cathy Stoyko. Cathy Stoyko is a dancer, visual artist and mask maker as well as the owner of the Abbey Studio in Cumberland where she teaches dance classes, hosts workshops and cultural events. Arcana Dea dance formed out of these classes and is comprised of longtime students, peers and guest dancers performing her original choreographies. Arcana Dea perform dances that range from women’s traditional dances (Middle East, India, Central Asia, Eastern Europe, Romani) to fusion belly dance, contemporary dance theatre, story telling and animation with masks and costumes at community cultural events and festivals.
Arcana Dea web

LadyK is a unique DJ, producer and pole athlete based on Vancouver Island. She consistently delights crowds with her internationally-flavoured, syncopation-forward tribal house. LadyK occasionally adds sensual athleticism to her shows by pole dancing during her DJ sets, laying her claim to the title of “The World’s First Pole Dancing DJ.”
LadyK’s musical background includes completing a Bachelor of Music in Composition and Education at University of Toronto. There she was exposed to a myriad of genres of world music and discovered a passion for West African dance. LadyK also lived in Trinidad and Tobago for several months in 2011, which contributed to her love of soca music, steel pan drumming and syncopated rhythms.
LadyK has played festivals including Tall Tree, Song and Surf, Atmosphere Gathering, Diversity and Carrington Bay. She has shared the stage with the Librarian, Tanya Tagaq, Dakini, Erica Dee and many more. She also was a part of an all-girl DJ collective, The Electrolytes in 2012-13 and held a residency during that time at The Flying Canoe in Courtenay, BC. She has performed all over the west coast of Canada and the U.S., including Hawaii and Mexico.
soundcloud.com/LadyK108

The Kumugwe Dancers take great pride in preservinv the ancient traditions of their ancestors.

Through sharing the songs and dances of the K’omoks and Kwakwaka’wakw peoples, the Kumugwe Dancers are able to help facilitate respect and understanding within the local community and communities abroad.

Taking their name from the traditional Bighouse that sits within the heart of the K’omoks First Nation, members of the dance troupe have been practicing and performing together since 2001. The Kumugwe Dancers feel that by encouraging young members of their community to learn the ancient songs and dances of their people, they will ensure the survival of the culture for generations to come.