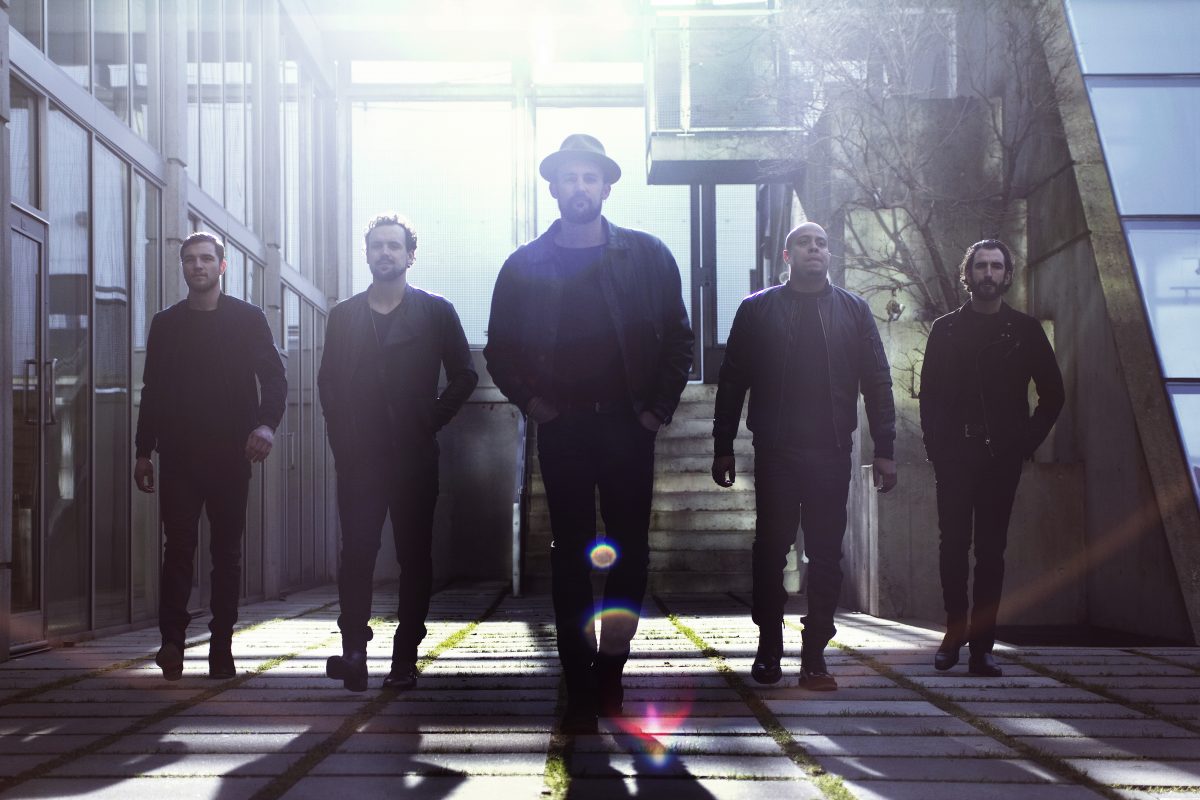 available at Bop City, the Waverley and online at CumberlandVillageWorks.Com

“Some of the tightest, smoothest, sexiest soul and funk produced in the city right now comes courtesy of six guys who all grew up within a few blocks of each other on Vancouver’s East Side.”

The Boom Booms love and live for the road. They’ve busked across Europe, performed in the Brazilian Amazon and Rio’s famous ‘Casa Rosa’, toured in a Scamper RV the 12,000 km roundtrip from Vancouver to Panama and circumnavigated the United States twice in their yellow School Bus.

Influenced by travel, the Booms released their latin-laced debut album ¡Hot Rum! in 2011. Their sophomore release with Grammy Award-winning producer Chin Injeti “Love Is Overdue” came out Oct. 4th 2014, and draws more on childhood influences such as Bill Withers and Al Green.

The Boom Booms recently hosted their second music festival in Vancouver on July 4th 2015. An evolution of the band’s charity back alley block parties that began in 2009, the East Van Summer Jam is The Boom Booms’ way of giving back to the borough that raised them. Proceeds from the fundraiser, which over the last two years featured Mayer Hawthorne, Kelela, BJ The Chicago Kid, the Rascalz, Star Captains, the Funkhunters, and the New Royales and more, go to the band’s nonprofit, the Music Tree. In past years, the Music Tree has donated money to organizations like the Vancouver-based CLICK (Contributing to Lives of Inner-City Kids) and the St. James Music Academy, as well as numerous international charities.

Most recently, the band sold out Vancouver’s Commodore Ballroom and have just produced  their highly anticipated 3rd full-length album.

Based out of Vancouver B.C, Old.Soul.Rebel is the musical musings of Chelsea D.E. Johnson and Lola Whyte. Often accompanied by famed drummer, Kenan Sungar, they offer a raw blend of original soul music and bad ass rock n roll. Formed in August of 2015, OSR has graced many stages across North America in there short year together. They have been a regular feature on CBC radio, CKUA Radio, Whistler FM, Vancouver Coop Radio and Victoria Campus Radio. They have shared stages with renowned talents Iskwe, Aida Victoria, Rae Spoon, Kinnie Starr, No Sinner, Pack A.D