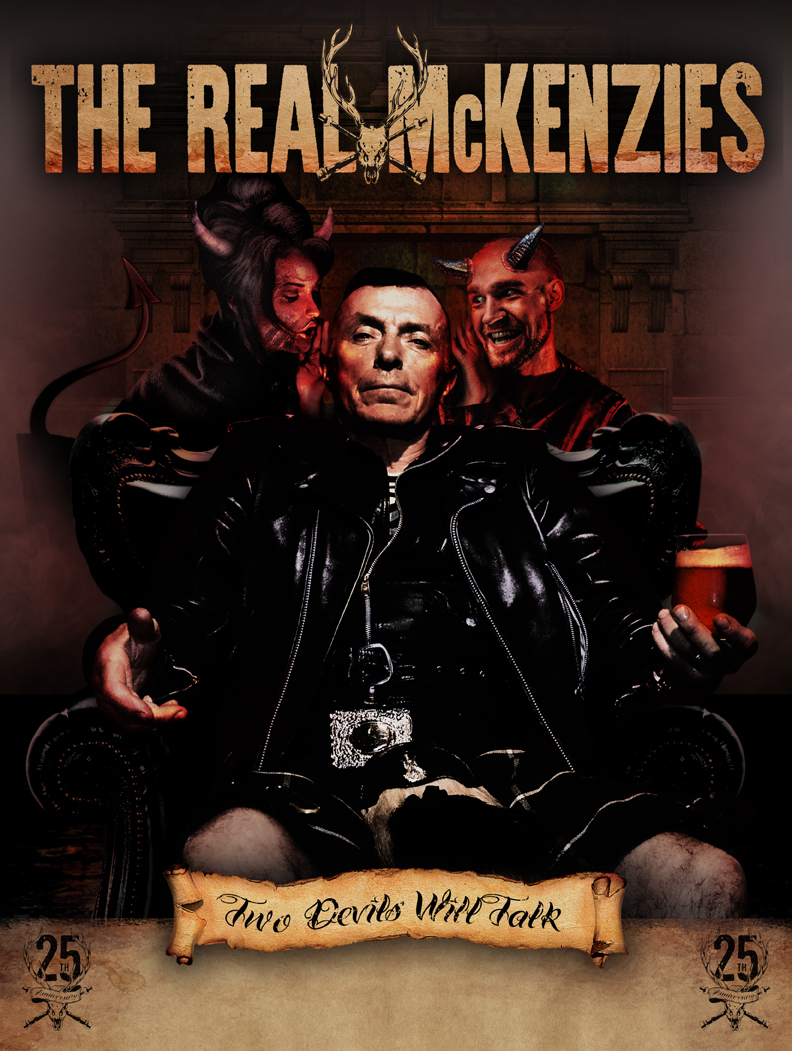 Available at Bop City, The Waverley, by phone 250 336 8322 and online at CumberlandVillageWorks.com

Paul McKenzie claims he had a epiphany when he was subjected to an Andy Stewart record which was playing in one room, and intertwining with the vulgarity of a Sex Pistols album emerging from another. That year was somewhere around 1992, the setting was Vancouver Canada,and McKenzie was looking for something new, since his band TT Racer had recently disbanded. Who would have thought that a great deal of fun could be had pilfering your parents closet of old kilts and high socks to wear on a stage. If we’ re gonna wear kilts, we might as well have a piper too.

While certainly not a new angle in rock music, the bagpipes were only ever used in a couple of songs at most by various bands, never a mainstay of an entire set. Soon though, it was apparent that this was a distinctive sound that could be finely tuned, with the soaring pipes complimenting the ferocious electric guitars and vice-versa. Of course the first thing that springs to mind is the word gimmick. Sure some will read too much meaning into the whole idea, and take it out of its realm of fun, and those people should just shut the fuck up and drink their beer.

25 years later, the Real McKenzies have achieved legendary status. Their live shows are highly regarded and they have been known to leave large audiences choking on their own dry mouths. They’ve been influence to more than a few bands, and ironically have been accused of ripping those same bands off, usually by journalistic hacks on the internet. They’ve toured the world endlessly, and frightened more than a few people at times, but its a small percentage to the numbers of people who leave their shows with ear to ear grins and think about the great time they had for weeks to come. I can imagine it will take death to stop these guys from doing what they do best, and that’s kicking your ass in the face at each and every show they play.

With special guest: The Isotopes.
The Isotopes are the world’s greatest baseball punk band.
Since taking the Canadian Punk League by storm in 2006 and delivering a string of clutch singles, the Isotopes have garnered a reputation as wily and relentless underdogs. Pioneers of the baseball punk genre, the club’s gritty, no-bargain brand of 100% juice-injected baseball-themed punkrock has earned them faithful legions of fans and Juiceheads worldwide. Click here to check out their video “Total Juicehead”.