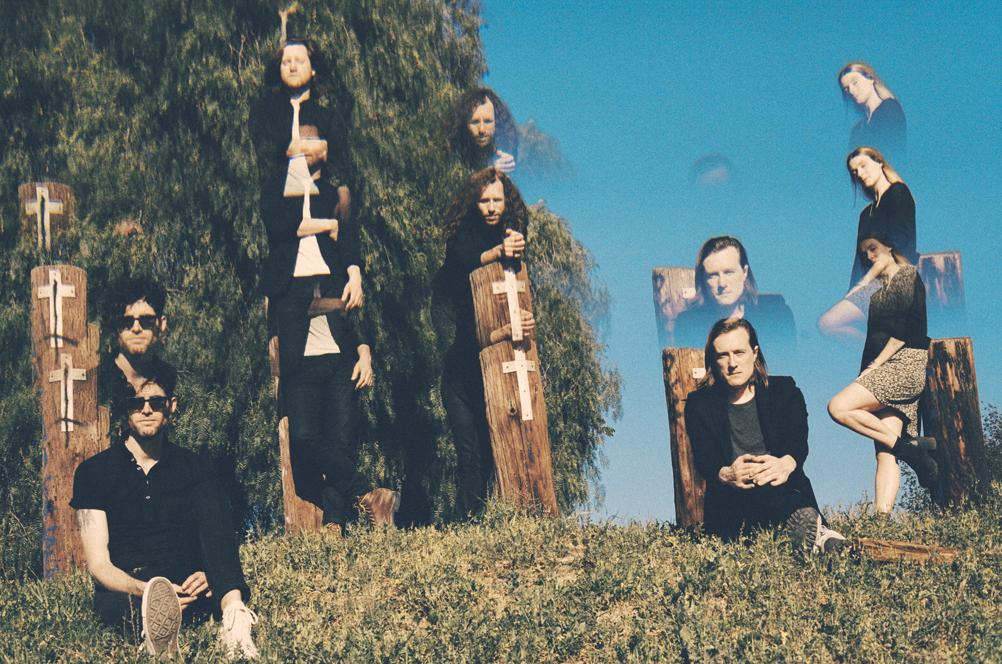 Tickets on sale Friday December 12th 10:00 am online and at Bop City.

The marriage of psychedelic, digital and synthetic sounds has become an unintentional symbol of Yukon Blonde’s own creative freedom.

Yukon Blonde’s third album, On Blonde, is the product of an intense period of personal escapism. “These songs weren’t initially created with an album in mind,” explains front man Jeffrey Innes. “I started fooling around with drum machines and synthesizers and recording demos in Ableton. There was no end-point. I didn’t know if there’d be another Yukon Blonde record.”

In the past, the group had pumped out two albums worth of energetic indie pop music with a handful of EPs in between. But constant touring and compromises to the collective vision for the band had left Yukon Blonde exhausted, “I think we were all unsure as to the direction we were heading in. Coupled with living out of suitcases and sweating it out in an Econoline van for years,” he continues, “we needed a moment out to figure it out.”

Ultimately for Innes, and original members Graham Jones (drums), and Brandon Scott (guitar), a welcome break from the day-to-day trials and tribulations of band life created the space needed for reflection on Yukon Blonde’s collective future. More importantly, it forged an atmosphere of creative freedom and limitless possibility in both the writing and recording processes, says Innes: “the sketches, the ideas…I made them outside of the band, which is not unique to this record. But the realization of the songs, the production of the album was more far more collaborative than ever before.”

The group decision to bring James Younger (bass) into the band further cemented this cohesion, says Innes; “We spent a long winter in purgatory together on Main Street in Vancouver, walking around, drinking, and talking about Paul Simon and Tina Weymouth. Our decision to include him in the band is an inevitable culmination of those conversations.”

“On Blonde is more dynamic, more visceral than our previous records, we were more ambitious, it’s sort of ironic that in experimenting we created a more accessible record than ever before, however this time it feels like there is a lot more to explore,” says Innes.

Analogue synthesizers, modulating Moog saw tooth leads, and FM soft pads create an atmosphere akin to city street summer midnight meanderings. The album’s tone, which Innes likens to a summer night, is a nod to the eclectic nature of the band’s Brit pop heroes and their willingness to reinvent their style from track to track. But more recently, says Innes, their marriage of psychedelic, digital and synthetic sounds has become an unintentional symbol of Yukon Blonde’s own creative freedom.