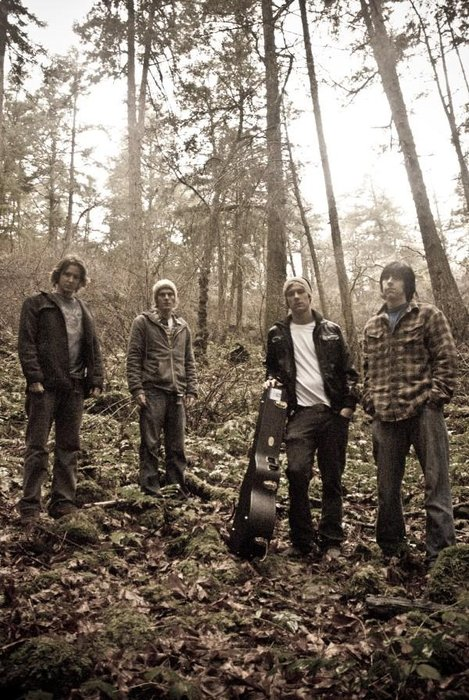 Victoria based Current Swell is in the foreground of the “new roots” music front pushing out of Canada’s west coast.

Current Swell, a band based in Victoria BC, is in the foreground of the “new roots” music front pushing out of Canada’s west coast. The band has been around for a few years getting their early recognition around the world as a mainstay in the “surf rock” community. Their sound continues to develop into a blues and roots feel, gaining even more popularity with their fans while sharing stages with bands such as Xavier Rudd, The Beautiful Girls, Bedouin Soundclash, the Beach Boys and many others.

As the band progressed through 3 full length albums and multiple national tours they gained international attention. “The online community has always backed us and is a big reason for our success”, said Lang, of their iTunes, YouTube popularity. The bands newest album, “Protect Your Own”, produced by Todd Simko(producer of Xavier Rudd’s, Food in the Belly) is a slight departure from the direction of some of their other albums but has been well received none the less. Being a new addition to Canada’s Fontana North label and Japan’s Surf Rock Records is a testament to the bands growing momentum. “We believe in what a band stands for, the instruments we hold, our voices, a real song and a good time” said one band member. Solid song writing and musicianship are always backed by a solid groove, and that is distinctly “Current Swell”.

Playing bigger venues and festivals has taken the band to a new level in the past year. Not only larger audiences, but a larger “Swell”, with western Canadian fans being treated to a sometimes 6 piece band. “Kiltlifter” Dave, on the trombone has been making the rounds on stage, as well as “Ghosty” who joined after the Swell’s long time bass player Louis, moved along. Scott Stanton and Dave Lang are both on guitars while Chris Petersen has the beat locked down on drums. “Sometimes you just wanna jam with all your friends at once and it’s great we get a chance to do that sometimes” said Stanton. “Getting to jam with someone you look up to, is even better” he said of the bands recent touring schedule with Australia’s “Ash Grunwald”. Fans would often get to see everyone trading solo’s and banging their heads to some bluesy mash up and loving it all the way through.

The coming year is looking good for Current Swell, with plans to tour extensively, including a much anticipated return from their Australian Tour in early 2010. The buzz is that the Swell have a whole batch of new songs that they have been developing to release a record this year…