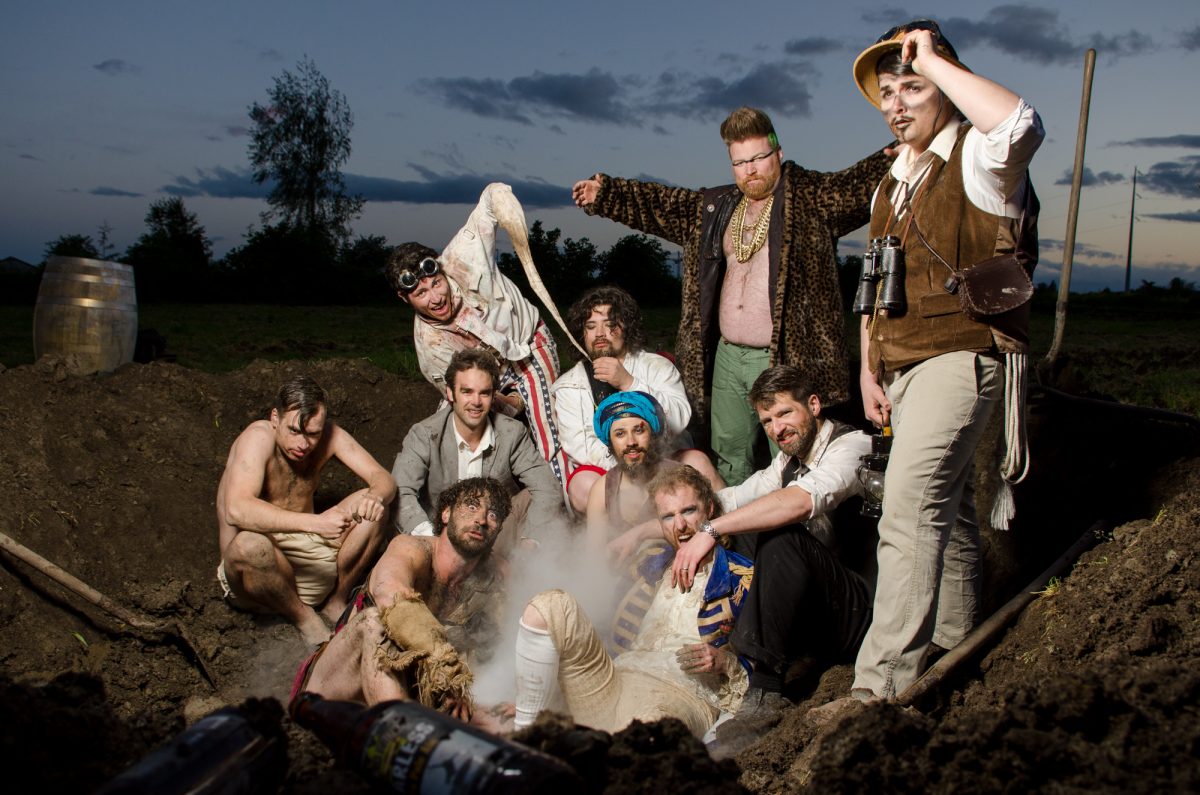 The Waverley welcomes back one of their favorite bands, on their 10th year anniversary tour, to showcase the latest renovations planned for the first week of 2014!

As the name implies, and the epic Pegasus on the cover attests, Rock the Sky has the band embracing their rock influences. “Iron Pegasus” is Iron Maiden meeting Tower of Power in an Egyptian bazaar, while “Wash Your Face” evokes Captain Kirk and Mr. Spock fighting to the death. The funk is not forgotten in “The Critic”, with heavy baritone sax propelling a slow and sexy groove.

The horn powered, percussion fuelled sonic and visual assault has brought their relentless and unforgettable live show to clubs and major festivals across Canada and the United States for over a decade. Touring around in their trusty 15-passenger van numerous times, they have built their fan base from the ground up. From over 500 Five Alarm Funk shows some highlights include: Vancouver Jazz Festival, Toronto Jazz Festival, Ottawa Bluesfest, Shambhala, The Big Time Out in B.C., Sunfest in London Ontario, Ness Creek Festival in Saskatchewan, Summer Meltdown in Washington, the Keelung Mid-Summer Festival in Taiwan, and numerous sold-out shows at the Commodore Ballroom in Vancouver.