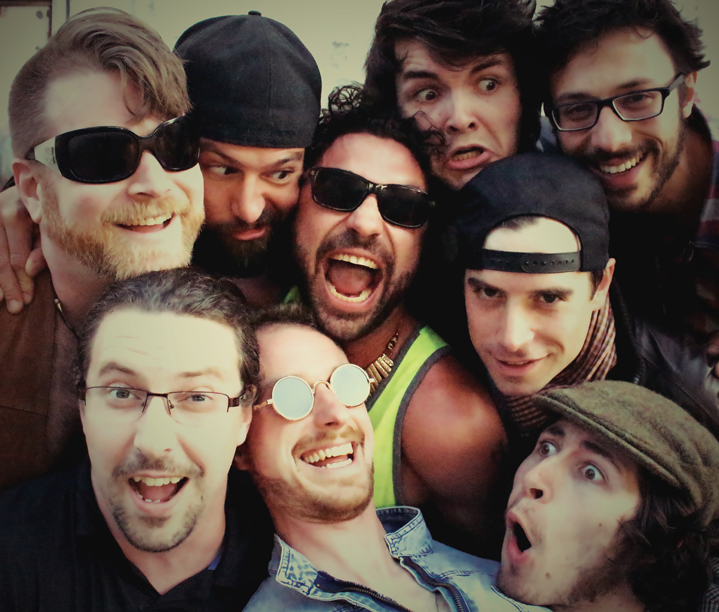 Tickets available at Bop City, the Waverley Hotel, by phone (250) 336-8322 and online at cumberlandvillageworks.com

Five Alarm Funk released Abandon Earth, the band’s fifth studio album, on June 7 at the Commodore Ballroom in Vancouver, BC. The concept album, describing the destruction of planet Earth by a giant robot, is the culmination of 10 years of relentless touring and the 9 musicians’ love for high octane, delirium-inducing dance music. Five Alarm Funk uses gruff funk vocals, psychedelic rock guitars, Balkan-inspired horns, intricate arrangements, and a few well-timed explosions to tell the tale of a technological behemoth rising from the center of the Earth and unleashing a torrent of natural disasters and monsters on humanity. Abandon Earth was recorded at the Farm Studios in Vancouver, BC and produced by Ben Kaplan, whose recent credits include fellow Vancouverites Mother Mother and UK superstars Biffy Clyro.

As BC Musician Magazine put it: “Launching out of its cage like a pack of hyenas wired on PCP Vancouver’s Five Alarm Funk drop their fifth album with the subtleness and precision of a Predator Drone. A concept album in the Japanese monster movie tradition Abandon Earth is the sonic equivalent of a burning munitions bunker.”