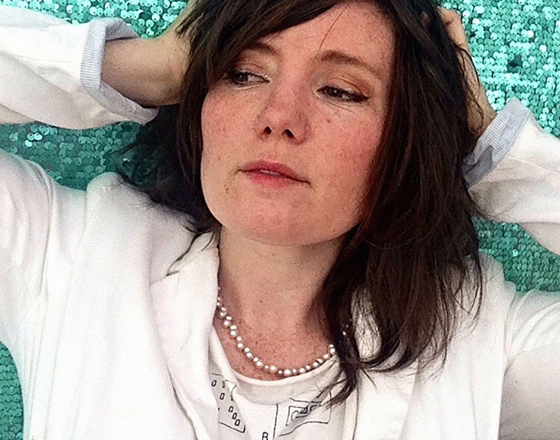 Tickets available at Bop City and online at CumberlandVillageWorks.com

The familiar old-timey rustic harmonies have bloomed, transported into a full-throated ebullience that takes us down to where the rivers run deep.

The root of all soul music is freedom-sheer abandon. It’s about luxuriating in the emotions that make us all human. No wonder singer Frazey Ford placed her ear to the earth and tapped into that lush tradition to give voice to her own stories on her newest release, Indian Ocean, an album about pain and dealing with tough truths but also about trust, love contrition and being bold. Ford’s self-possession and passion puts flesh to the musical bones, and you hear a record hit the essence of Aretha’s notion of R-E-S-P-E-C-T.

There’s always been something soulful teeming underneath the honey-dipped tremulous restraint in Ford’s vocals on her Be Good Tanyas records, as well as her solo debut Obadiah (2010). It’s just that this time around, the familiar old-timey rustic harmonies have bloomed, transported into a full-throated ebullience that takes us down to where the rivers run deep.

The story of this album begins with filmmaker Robert Gordon (PBS’s “Can’t Be Satisfied: The Life And Times Of Muddy Waters”), who was working on a documentary on Memphis soul, which focused on Al Green and long-time producer Willie Mitchell’s creative home base, Royal Studios. After Gordon heard Ford’s Obadiah song, “If You Gonna Go,” on the radio, he invited her to come record at Royal Studios in Memphis. That journey sparked a collaboration that eventually became the album Indian Ocean, a unique braiding of warm but tough-minded Memphis soul and vulnerable folk acumen.

For 45 minutes, Ford and some of the most talented veteran soul musicians around cast their spells, lifting songs to sweet heights on each others’ borrowed wings. Part of what gives Indian Ocean its gilded edge is the work of Al Green’s band, The Hi Rhythm Section, the iconic architects of the famous singer’s instrumental sound, and countless others associated with longtime producer Willie Mitchell’s Hi Records Memphis label in the 1970s. Charles Hodges (organ), Leroy Hodges (bass) and Teenie Hodges (guitar), the latter who passed away this year, helped Green pen some of his most famous songs. Ford was the beneficiary of their almighty talents, the trio accentuating her sensual and opulent vocals with deep-bottomed bass, subtle backbeats and airy flights of organ.

“It was an amazing feeling being in that studio, singing into those old microphones, and collaborating with these incredibly talented heroes of subtle groove and soul. I could feel the history and vibe of that place coming up through the floor,” Ford says. “I’ve worshiped all of them for 20 years. These guys are our heroes,” Ford says.