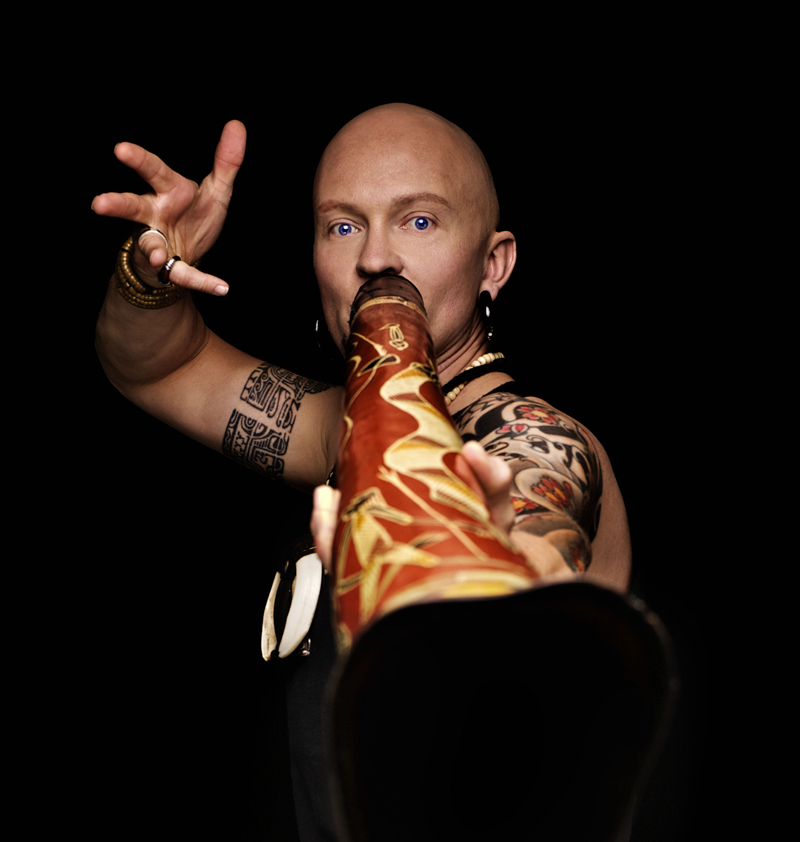 Tickets at Bop City, the Waverley Hotel, by phone (250) 336-8322 or online at www.cumberlandvillageworks.com

Welcoming back one of the foremost pioneer’s of tribal fusion!

We regret to announce that Ganga Giri will not be performing June 14th due to family illness.

Ganga Giri’s music has been widely & wildly appreciated by music lovers in many countries across the globe including Europe, America, Canada, Japan, Indonesia, New Zealand & Australia, igniting audiences at international music festivals, events, shows and gatherings. It is a truly unforgettable organic dance music experience acclaimed by audiences around the globe.
Giving respect and acknowledgement to his ancestral roots and Indigenous Australia!

Ganga was born in Port Fairy, Australia. His musical journey began as a child when he started playing kit drums at age 8. Inspired by a dream, he followed his calling and began to play didjeridu the very next day. It has been a natural progression for Ganga to create a new contemporary sound by mixing funky rhythms through the didj – especially since the sound he was after wasn’t available on the market. Influenced by many varied genres, including East Indian Tabla and African percussion, he has married indigenous Australian and world music with fat funky dance beats, and has found an appreciative audience across the globe.