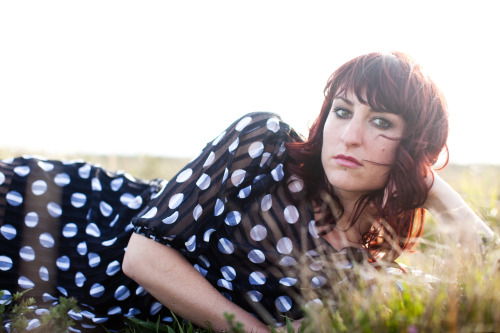 Well what can we say about Hannah? This lovely songstress simply delighted audiences this year at the Big Time Out and we are pleased, very pleased, to have her back.

After receiving critical acclaim for her EP, The Beat Stuff, Hannah has been busy co-writing TV jingles, converting Starbucks into a fan (the Coffee giant will be playing The Beat Stuff in stores across North America) and touring across Canada.

Her highly polished debut album, This is Good, flutters, like a down feather in the summer breeze, between roots pop (“The Deep End”) and indie rock (“Chit Chat”) with a light sun shower of make-you-shake-it electro-pop (“Come on the Dancefloor”) that embraces her love of dancing and urges listeners to join in the fun: “I love to dance and I just wanted to write a song that would inspire people to rip it up on the dancefloor,” she says.

Infectiously charming, she’s not afraid to let it all hang out, portraying the many emotional nuances elegantly through her extensive vocal vocabulary. Her confident approach allows for a certain raw honesty in her voice that seems to scream “I’m straight with you, be straight with me!” – a grand concept, considering she was chosen to perform for Mr. Harper and friends on Parliament Hill…

Joining Hannah is Royal Wood, is a former child prodigy that began playing piano at the age of four and is a self-taught multi-instrumentalist. He’s perfected his craft of balladry and pop music and his latest album, The Waiting Room, shines with mesmerizing piano, beautiful melodies and Royal’s voice that can be both soothing and energetically upbeat.

We invite you for a date with these two, talented Canadian acts at the Waverley Hotel in Cumberland.