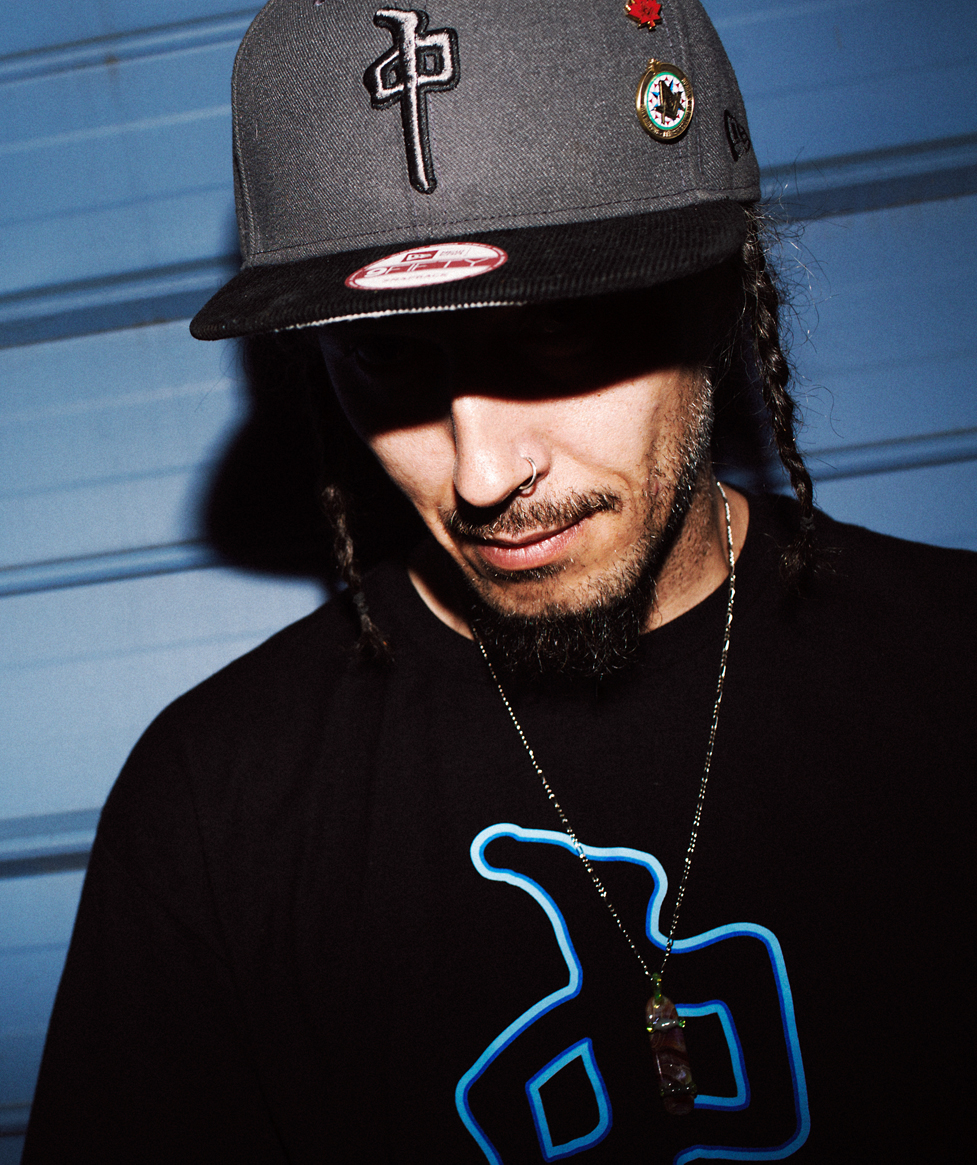 Tickets available at Bop City, The Waverley, by phone 250 336 8322 and online @ cumberlandvillageworks.com

With a catalogue that is unmatched by many, Moka Only is often considered to be a pioneer and driving force behind Canadian West Coast hip hop, as well as an important component in popularizing the art of freestyling in Victoria and Vancouver. In the 13+ years since his debut, Moka Only has released more than 50 albums, both solo and collaborative. He records under a variety of aliases, with the most popular being Ron Contour, Flow Torch and The Durable Mammal. He has been a contributing member of numerous groups and collectives, including Perfect Strangers, Code Name: Scorpion, Cryptic Souls Crew, The Dominant Mammals, City Planners, Nowfolk and Swollen Members, along with many others. Amongst all of that, Moka has worked with underground hip hop heroes like J Dilla, Aceyalone, OH NO, MF Doom, Buck 65, K-Os, Sixtoo and more.

But it all began rather humbly in his hometown of Victoria, BC, where Moka Only discovered hip hop culture at an early age, starting out as a graffiti artist before switching to rhyming at house parties and freestyling anywhere and everywhere alongside partner K-Prevail (recording together as Splitsphere). In 1994, Moka made the move to San Diego in order to further his rap career, creating a number of connections that he would later use to his advantage. Upon moving back to Canada in 1995 and taking up residence in Vancouver, Moka met Mad Child, and along with K-Prevail, now just Prevail, the three emcees founded Swollen Members one night at a Denny’s, with Moka coining their multiple meaning name. However, a group dynamic was not for Moka and he soon moved on to a solo career.

With his solo career as both rapper and producer on the rise, Moka Only participated in a few collaborations with Swollen Members resulting in Moka rejoining the group for Monsters in the Closet, their 2002 collection of b-sides and rarities featuring three new songs. He remained on board for Heavy in 2003 but left again prior to the recording of Black Magic. Once again Moka had found himself confined as part of a group.

His time with Swollen Members, which also saw him signed to the Battle Axe label, resulted in three consecutive Junos, but it also meant a decrease in the amount of solo music from Moka. “The Most Prolific” returned in 2005 beginning with the release of The Desired Effect, his Nettwerk debut that realized a much greater pop potential for Moka. Unhappy with the label interference, Moka released a Japan-only alternate version under the title Dirty Jazz that was more to his liking, marking Moka’s return to releasing the nearly seasonal albums of gritty, underground jams he has always been known for through labels like Camobear, Legendary Entertainment and Urbnet, as well as an occasional one-off project for various other indie labels.

With special guest Comox Valley’s own Ill Tone. On February 26, 2013, Ill Tone finally released his debut album, “Bringin’ the Hope Back”. The album was released on URBNET Records and features some of Canada’s best vocalists, including Juno nominees Jasmin Parkin of ‘Mother Mother’, and Kyprios (formerly of ‘Sweatshop Union’). Also featured on the album is Skryptcha, a talented Australian MC from Australia’s ‘Obese Records’. Within a few weeks of being released, the album pulled within the top 5 hip hop releases in Canada on !earshot (national community / campus radio charts). In addition to being spun on dozens of community and campus station’s across the nation, “Bringin’ the Hope Back” was placed in to rotation by CBC Radio and also gained praise and coverage from media outlets on a national scale. Click here for a video.

With special guest Skulastic. Musician, MC, Lyricist, Song Writer, Beat Maker, Producer, Entrepreneur, Entertainer, Performer, Goddess of Knowledge, Survivor and basically Reppin for all the Underdogs and Nerds all over the world! Click here for a video.