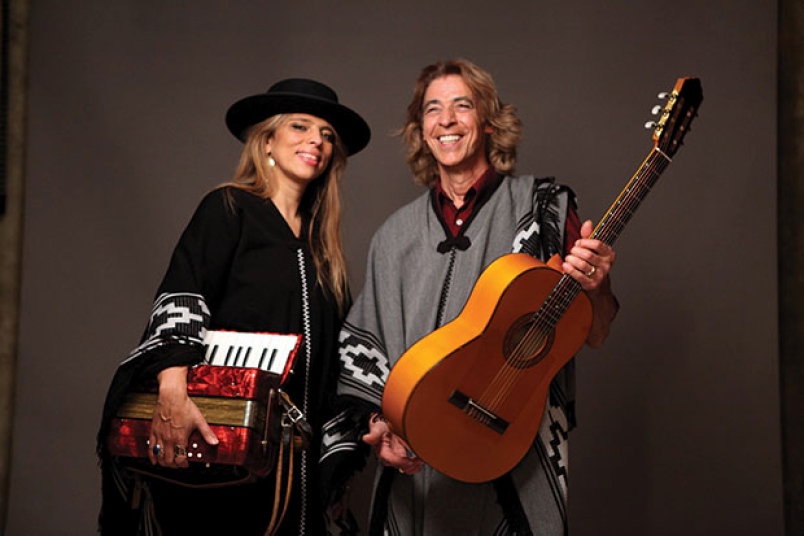 Savouring the flavour of Latin rhythms and melodies, Rio Samaya delivers a beautiful selection of original and timeless treats from around the globe.

Based in Vancouver, the Rio Samaya Band is made up of Pancho and Sal, partners in life as well as in music, which is full of wonderfully enchanting latin rhythms and romantic melodies in Spanish including some Italian, English and French folk songs

Six years ago Pancho and Sal created ” Rio Samaya Band” with the concept and project to tour Canada and the world like a duo and build up the band joining with local musicians using the Rio Samaya Band Signature. Rio Samaya Band has already debuted with incredibly talented musicians.

Their goal is to reach as many communities as possible and share their music and even merge with other world artists to record their original compositions.

With a style that flows through the folkloric traditions of Central and South America, Rio Samaya music beats to the natural pulse of our planet, writing and blending it with elements of folk, country, and reggae, as well as the rhythms from Gypsies in the south of France.

Sal grew up playing accordion in Vancouver but has roots in Argentina, sings ethereal harmonies and plays hand percussion instruments. They have a unique style of translating simultaneously from Spanish to English.

Guitar, bombo, chachas, accordion, quena, flute, harmonica, piano, charango and ukulele are just some of the instruments they play. Together they create a gentle and compelling sound.

Joining them on bass for for their Comox Valley shows is long time friend and musical ally, avigdor Schulman.