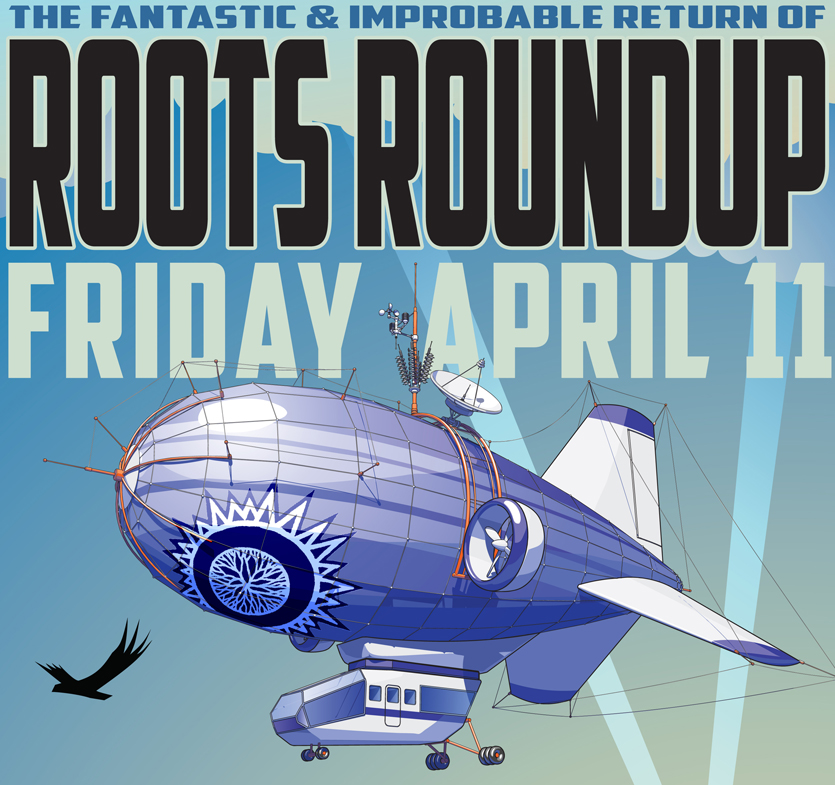 Originally formed in 1985 in a small apartment in East Vancouver, Roots Roundup became widely known through the late 80’s and early 90’s as one of Canada’s hardest working, hardest touring and hardest rockin’ worldbeat dance bands. They released numerous independent recordings including “Get Rooted”, “What We Do”, “Syzygy” and in 1997, “Rootrospective”, a 16 song collection spanning their entire recording career.

Sista Sully : Hailing from Cumberland BC she has entertained audiences from Europe to Vancouver Island  bringing to the tables reggae, dub , soul and more. Warming up rooms for such  legendary acts as the Skatalites and Clinton Faeron. If you like sounds with soul, Sista Sully will stand and deliver.
http://www.mixcloud.com/sistasully/sista-sully-mix/
Upcoming Events