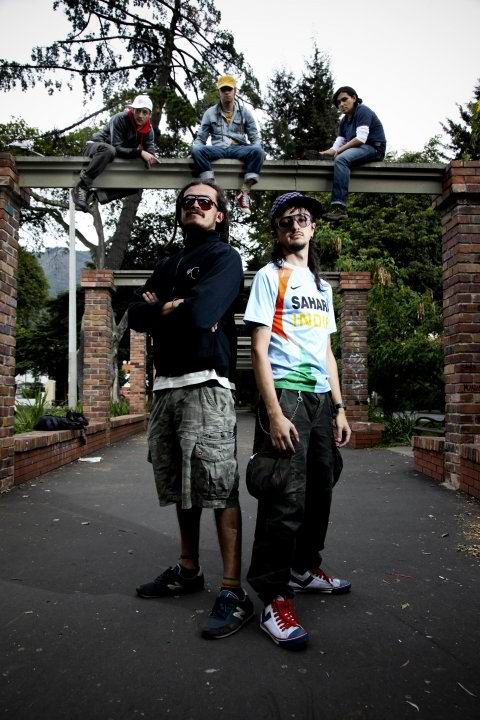 Skampida was born in Bogota, Colombia in 1998 as an innovative and diverse fusion of Colombian folkloric rhythms, and urban sounds like ska, punk, klezmer, polka, rockability, powercore, hip hop including gypsy influences and drum n’ bass. In 2003 the “Stereoblaster” tour took Skampida to over 20 cities in Colombia. For more than 12 years, the band has performed all over Colombia, including a two-year tour in the United States that garnered them instant recognition in important cities like Miami and New York. Skampida has shared stages with band like ALICIA KEYS, WHITE LION, OUTERNATIONAL, DEVOTCHKA, LILA DOWNS, CULTURA PROFETICA, FERMIN MUGURUZA, LENINGRAD, GOGOL BORDELLA, AMIGOS INVISIBLES, KIMIA NAMOKILI, SKINNERBOX, LOS PERICOS, RUDIE CREW, SPAM ALL STARS, AUTENTICOS, DECADENTES, KING CHANGO and others. In 2010, the band is ready again to conquer North America as part of their promotional tour “Zombie Policers” of the new album, that began in their hometown with some national festivals, passes through Canada (Victoria Ska Fest) and will travel to a great number of clubs in the United States.

2002 Nominated by Much Music Channel for best ska and reggae video for their F.D.T. single