Mat the Alien & The Librarian 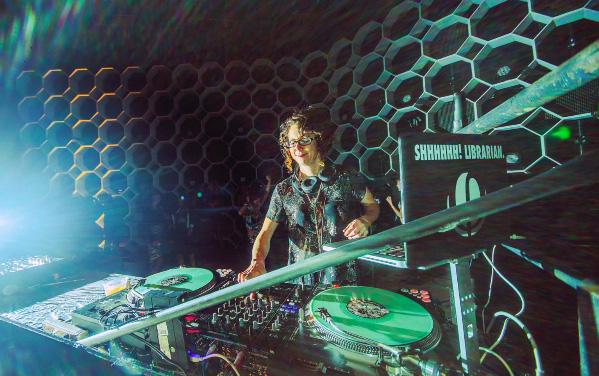 available at Bop City Records, The Waverley, by phone 250 336 8322 and online @ cumberlandvillageworks.com

Mat and Andrea bring their Really Good Tuesdays to our Friday!

Since the age of 14 (1988), Mat the Alien has been mixing, skratching and making mixes – playing beats spanning many genres, tempos and styles but always having one thing in common – heavy drum breaks and basslines.

It all started after hearing the electronic sounds being played in the warehouse parties around the northwest of England in ’88. In 1995 Mat moved to Whistler, Canada to pursue his new addiction of snowboarding.

Described by Knowledge Magazine as ‘awe-inspiring’ & ‘some next level shit,’ Mat has toured across the globe and performed in 14 countries from Miami to Moscow at sports events such as the US Supercross, Olympic Games (Torino & Whistler), X-Games & many of Canada’s largest festivals of up to 15,000 people. He also pioneered club nights in Whistler, Vancouver and held down a bi-weekly club night in Las Vegas at Eye Candy (Mandalay Bay). He also got to perform a couple of times at the legendary Fabric Nightclub in London, England. Click here to check out Mat’s tunes.

Shhhhhhhh! Andrea Graham is known as the Librarian, but don’t be fooled by her deceptively quiet composure. The Bass Coast Music Festival’s co-founder and music curator has been making some very loud noises up and down the Pacific Northwest for the better part of a decade. Her knack for blending total dance floor destruction with sly subtleties and hot new exclusives makes for a consistently accessible, yet undeniably future sound. Indeed, her festival’s carefully crafted music line-up is a perfect mirror of her style. Serving up a veritable who’s who of the West Coast bass scene and reaching deep both backwards and forwards, The Librarian offers up unabashedly hard-hitting low-end bliss paired with thoughtful, sophisticated chops.