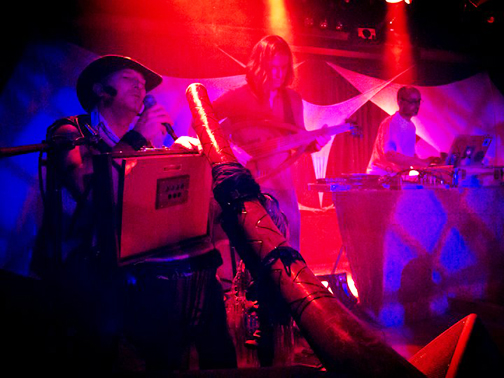 The Naked DJs bring their Gypsy magic back to the Waverley, featuring Master Didj player Shine!

Shine was intitiated into didjeridu healing by an Indigenous Aboriginal elder in 1991. He offered sound healing at Hollyhock retreat center for 10 years.

A number of leading experts in the field of spiritual healing, including Deepak Chopra, Eckhart Tolle, Ram Das, and Dr Andrew Weil have all experienced Shine’s work.

Great Central Sun, merges the ancient and the new, paying homage to both ancestral and cosmic origins, embracing the past and and venturing bodily into the mystery of new and wonderous musical horizons.